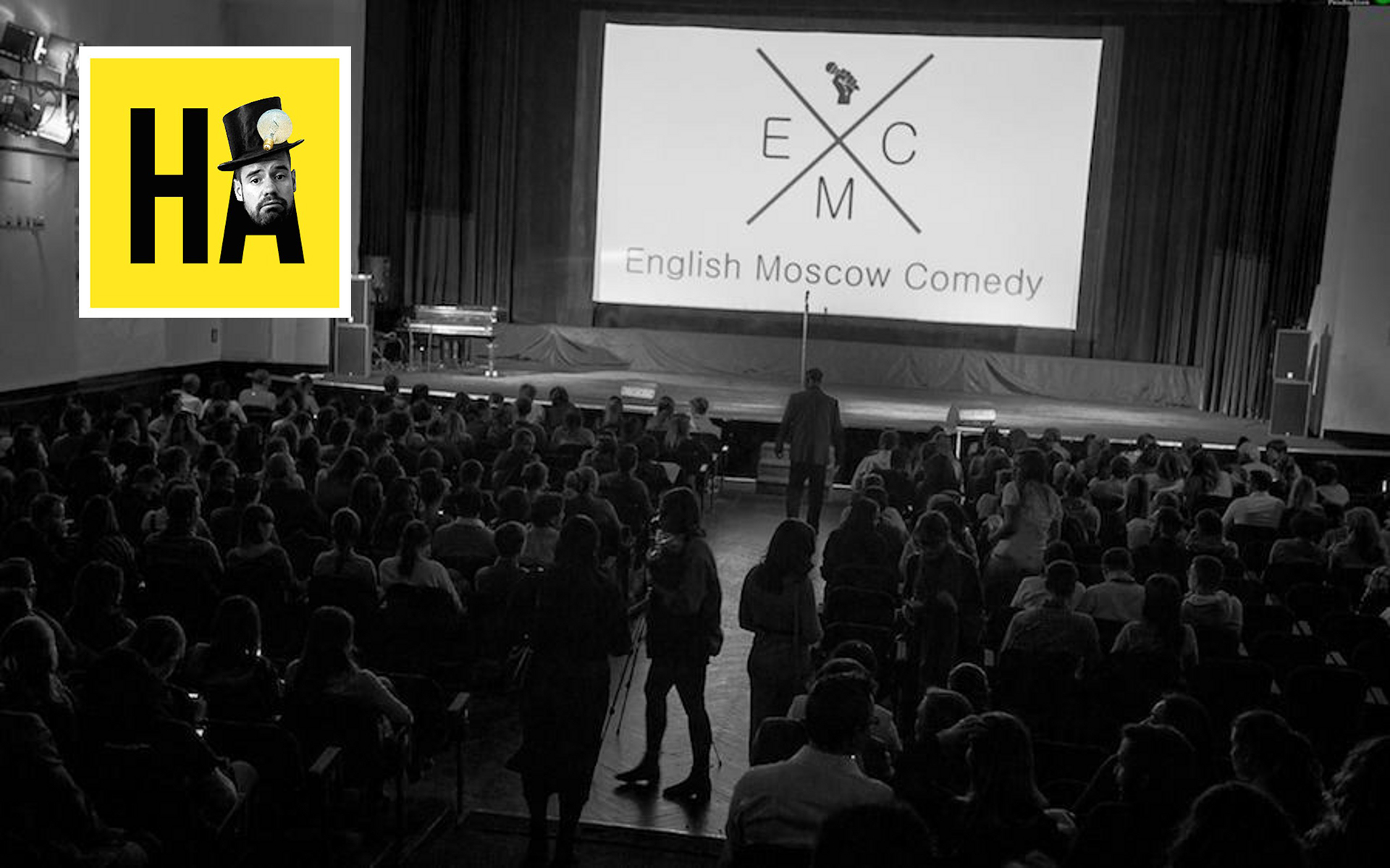 When I was in Moscow two years ago, I went to see an English Language Comedy-Open-Mic at the Jim ‚N‘ Jack’s Bar. And it was awesome. It reminded me so much on the time when we had only a few comedy shows a month in Berlin. Those guys were super friendly and open, so I came back and even did a short comedy set at their show.

A year later I still kept in contact with Gleb and Igor, two organizers from the English comedy scene in Moscow and much has changed since then! They have expanded their shows to improv and panel shows and the scene has gotten much more recognition (check out the top photo! The show is packed!). So I invited them to come on the podcast to let you guys know about what’s happening to comedy in Moscow!

If you want to get in touch with them, please follow them on Facebook or Instagram and let them know if you want to join the shows as audience or even performer!

So, I wish you loads of fun with Gleb and Igor from English Moscow Comedy and humor is art!